All new for this years CumbriaVAG ’16 festival is a comedy tent, brimmed full of some of the UK’s best comedic talent.

Headlining the night is Jason Cook, writer and star of ‘Hebburn‘ as well as several TV appearances including ‘Russell Howards Good News‘ and ‘Daves One Night Stand‘.

Be ready for pretty much anything when he takes to the stage. Behind his cheerful Geordie exterior lurks a dark, sharp comedic mind capable of taking an unsuspecting audience to places they didn’t want to go. Jason has a way of presenting true-to-life stories that drag you in and won’t let go, close to the edge but always intriguing and blessed with the sort of charm that’ll have you laughing in spite of yourself. 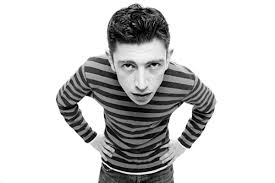 With the confidence and swagger that you might expect of a North-West comedian at the very top of his game, Danny Deegan is a comedian, writer and actor who has become a regular at most of the major comedy clubs in the UK since he began performing in 2003. Danny’s tales of mischief and the characters he creates have kept audiences all over the country enthralled as he weaves in and out of the people he has met traveling. His talent and likability coupled with his confidence make him one of the most popular acts in the North, a master at dealing with a tough crowd, and an act that promoters always turn to when booking gigs. 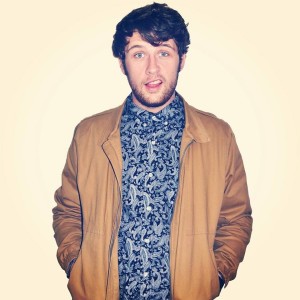 Winner of Re:Plays breakthrough comedian of the year 2015, we welcome Chris, with his cheeky northern charm and hilarious tales he is quickly flying up the comedy ladder.

Completing the lineup is your compere for the evening, Pete Otway. Since his first gig in 2010, Pete has established himself quickly as a natural and original comic, known for mixing a razor sharp wit with an affable charm and creative writing.

After making it to the finals of the BBC New Comedy Award in 2012, he was chosen to perform at the Edinburgh Fringe as part of Just The Tonic’s prestigious Big Value Showcase in 2013.

Whilst regularly appearing at some of the biggest and best comedy clubs across the UK, both as an MC and an act, Pete has also performed at large festivals such as the Isle Of Wight, gigged across Europe and provided support for touring acts such as Doc Brown.

Growing up just 10 minutes from the Festival site a welcome return for this local lad!

Comedy will kick off around 7:30pm on Saturday evening and finish around 9:30pm.